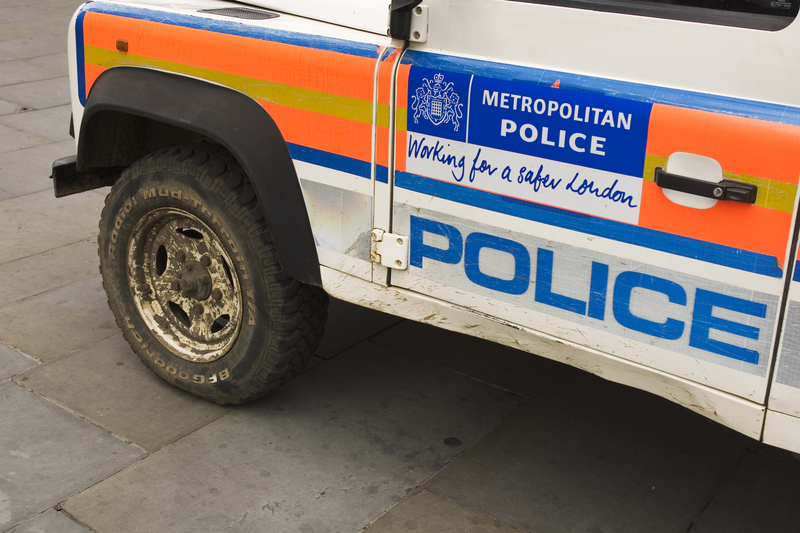 You may or may not have heard of the passing of a well-loved downs syndrome man Robert Saylor in 2013 in the most horrible set of circumstances. If you did hear about it I have no doubt you didn’t forgot about it in a hurry. There has been much a flurry about this terrible tragic event, and what it symbolises for so many disabled people. I believe it polarised the ongoing reality that the general public (and people charged with protecting our communities) have no understanding of, lack compassion and are not willing to face their bigotry that runs through their veins, when it comes to special needs. 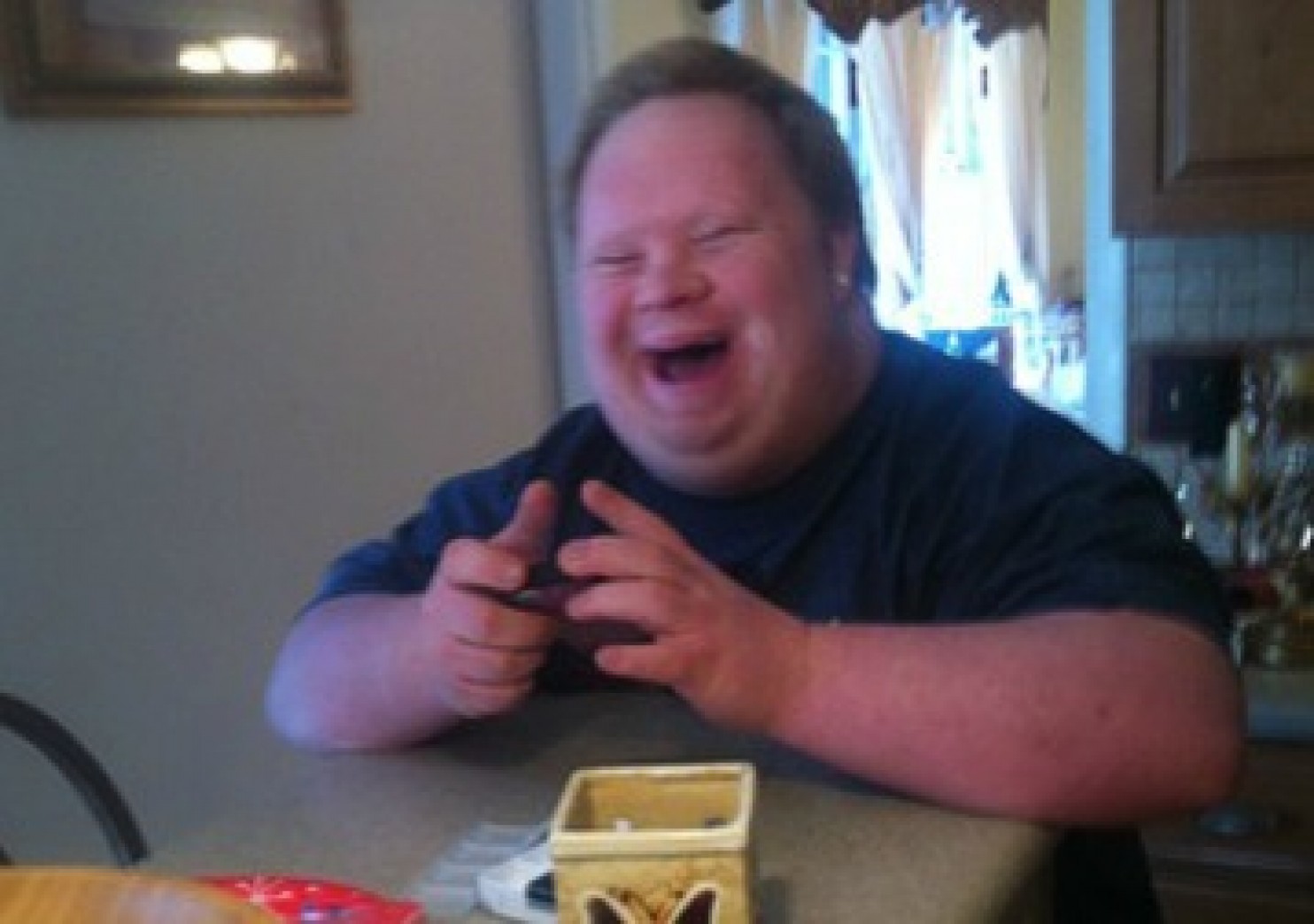 When I read about the whole debacle (and that’s what it was – besides a murder of course) I soon believed it was an example of the ongoing (just below the surface) disgraceful attitudes towards disabled people still manifesting in communities around the world, and dear Robert had no hope of any kind of understanding that day he met his death by a security guard ejecting him from a cinema for not paying the $12 ticket. Robert was doomed when he left his home that day with his carer to watch a movie.

For those of you who didn’t know about the killing, here is my “one paragraph” summary of what took place:

Robert and his carer had gone to the movies to see a movie, and after it finished Robert didn’t want to leave, he wanted to watch it again. Simple thought for us, we would just go buy another ticket. But Robert didn’t process the steps required to stay for another show quite so easily, and he simply wanted to stay in his seat. (It was a simple concept for him, he wouldn’t have understood why the others were insisting he buy a ticket, when he already had!) The carer spoke with the cinema manager and they insisted she buy another ticket (ok, fair nuf). But the carer didn’t have any more money, so she called Robert’s mum and said can you bring down some money so we can watch again but young Robert still wouldn’t budge. His mum said she would attend immediately and she headed off to the cinema straight away. The staff were advised.

However (yes 2 paragraphs now) – the cinema staff took exception to such a radical plan (of waiting 20 minutes for the ticket payment) and insisted Robert (the criminal of all centuries) had to leave. The facts of the altercation are sketchy, but it appears that the empty cinema was soon attended by Frederick County off-duty sheriff’s officers (moonlighting as security guards) who also felt that this rogue “trespasser” (who actually was a customer, just not of the next show) should be immediately ejected. You might love the fact that Robert was read his rights (Americans call it your “Miranda”) anyway, the “trouble maker” (my emphasis!) Robert fought back, saying he just wants to watch the movie again (whilst calling out for his mum – who hadn’t arrived yet). Suffice to say, the security staff felt this “criminal” trying to score the value of a $12 movie ticket, who clearly should have known better!!! – He had to go. They forcibly tried to remove him, and somehow got him to the hallway entry area of the cinema, and whilst “resisting arrest” sat on him and suffocated him. Robert died.

The three deputies involved in this case have been identified as Lt. Scott Jewell, Sgt. Rich Rochford and Deputy First Class James Harris. They are continuing to work their normal assignments.

If you just read that and you are not appalled, saddened and somewhat horrified, then I think you devoid of feeling obvious pain and suffering of innocent people (here on earth we call that compassion).

In any event, my understanding is the guards who killed him, were not charged or sentenced. Period.

Ok, so why do I feel young Robert was so doomed that day, many years prior to the event?

Well, let me tell you why.

If you visit the many articles of this story, be warned, the bigots are out, saying things like it was Robert’s fault for not doing as he was told. And there are those that felt the carer was to blame, she shouldn’t have left him to get the car to take them home. Then there are those who feel the mother shouldn’t have let him out with an “ill equipped” carer, and so on.

There are debates going back and forth in the comments of the blogs around the world and I highly recommend you DON”T read them. Seriously, it will only make you feel worse, and for what benefit.

It is evident that the killers lacked training and appropriate judgment on how to handle someone with a disability, they lacked training (despite their superiors claiming they were trained) and they were obviously devoid of this little human trait called “PATIENCE” (remember the mother was less than 8 minutes away and she could have paid the $12 ticket!)

But their ultimate failing that murderous day was their lack of that little thing that compels people to feel pain of other people we don’t actually have to know – compassion.

At the very least they lacked understanding of the downs syndrome condition. Being touched by people is a major trigger for upset, and that is something they have to live with day in and day out (as do their parents and carers).

But if we can cope with the day in and day out struggles of all the misgivings a disability brings, why can’t the rest of society for those few fleeting moments in their lives they have to?

AND in this case – it was their JOB to handle this disabled person. It should have been prepared for better.

Do they deserve their “normal body and mind” – but disabled people don’t?

Are disabled people just devils in disguise – If you believe that, you are gonna love Mein Kampf!

Actually, our disabled community members did not choose their disability.

They didn’t drink drive, thereby tempting fate (as many selfish able-bodied people do every day).

They didn’t play a silly sport for money, thereby making a calculated risk (as many selfish able-bodied people do every day).

They were born that way.

They had ZERO say in their life, and all the bullshit that comes with it.

Ironically, most never complain. I am still amazed by this fact!

Just like the colour of your skin, your gender, your eye colour, these are things we cannot change, and disabled people can’t make themselves UNDISABLED.

They are just disabled. That’s all.

But their lives, and yours, will never be comparable, and how dare you judge disabled people without having one drop of reality on the topic before doing so!

Let me tell you why I think Robert died that horrible horrible day.

Gary L Jenkins, the brother of the Head of Police in that community, has made it clear, that he believes the mother was at fault. Why oh why did she let the poor disabled child out into the wild (meaning community) without a proper carer (or even better – her)?

Apparently disabled people need 24/7 watching by a parent or a SPECIAL CARER – because the regular carer he had clearly did not CONTROL her subject and this was simply asking for trouble.

Here is Gary’s words of wisdom – from a grand place of BIGOTRY.

You can read it in full HERE.

The point is this – Gary believes that Robert’s death was not as a result of heavy handed officers which I believe it was (using the good old “but for” legal test). Actually Robert died because he shouldn’t have been left alone in a cinema (while his carer went to talk to the manager and get her car for them to go home).

So what Gary is in effect saying, is disabled people should be “chained” to us parents 24/7.

But if you’d like to give it a go, by all means, be my guest you fuckturd.

The reality is that special needs kids, adults, even seniors, need care, supervision, and guidance, but not a chain. You are saying effectively that even though Robert was at a cinema, and he was with a paid full time carer (someone who does it for a living), that if she need to take a pee – that was bad luck. She would have to piss herself.

Carers, like you Gary, are not perfect, but unlike you Gary – at least they are trying to make the world a better place and working in a role that supports, rather than judges those of us less fortunate.

When people write like Gary has on this article, the reality of what we hear is:

YOUR DIASABILITY IS NOT MY PROBLEM

YOU DEAL WITH IT, KEEP YOUR SHIT TO YOURSELF – is dripping from this statement.

Awareness is no.1 problem here.

If Gary spent a week with a disabled family, I’m sure he would actually re-write this stupid article. But that’s not gonna happen, because go back to my two statements above when you want to hear how people like Gary think about widening their pea-brain knowledge by getting more involved with a cause like disability.

YOUR DIASABILITY IS NOT MY PROBLEM

YOU DEAL WITH IT, KEEP YOUR SHIT TO YOURSELF

And we special needs parents are very aware of this ongoing undermining bigotry fuelled by lack of awareness, resulting in stupid judgement, which young men like Robert, and us parents, often endure.

You keep murdering our disabled people (and calling it “enforcing the law”) and Karma will catch up with you.

And let me tell you why.

Just as the officers chasing an autistic young man in the streets of England, sat in their car laughing at the autistic man, what you will find, that this narrow-mindness, is not confined to disabled people.

A fuckturd, which is how I describe people who discriminates against people with disabilities WHEN THEY SHOULD KNOW BETTER – will always be a fuckturd.

Their indiscriminate ability to behave “like a human” (which should be their goal but instead focus their pea-brains to earning a few extra bucks on the weekends at the cinema as an armed “usher” to fund their little meaningless luxuries in life) WILL be sprinkled all over you and your friends/family when they feel so inclined.

The inability to show compassion, which I believe this is the ultimate issue here, means they won’t show you any compassion either when they think you are a “trouble-maker”. And their killing of you will ALSO have a nice legal explanation of why they had to kill you, and it wasn’t their fault. (Maybe it will be your mum’s fault for letting you out in public too!)

You are all at their peril.

Remember that disgraceful copper who shot Walter Scott, a black man who was running AWAY from the copper and posed no threat to the copper (this was to do with a broken tail light!!!), but notice how the copper calmly walked up to the dying man he had just put 3 bullets in and carefully placed a gun in the victims hand to make it look like the victim had a gun thereby justifying the shooting? If it were not for the video, he would have got away with it. Do all the Gary’s out there think about that, really?

As “optimism bias” clearly shows us, we all think the SHIT in life that can go wrong, won’t go wrong for us, even when we see that statistics saying it probably will.

My advice for all the GARY’S out there, don’t meet me in a dark alley, because it won’t go well for you.