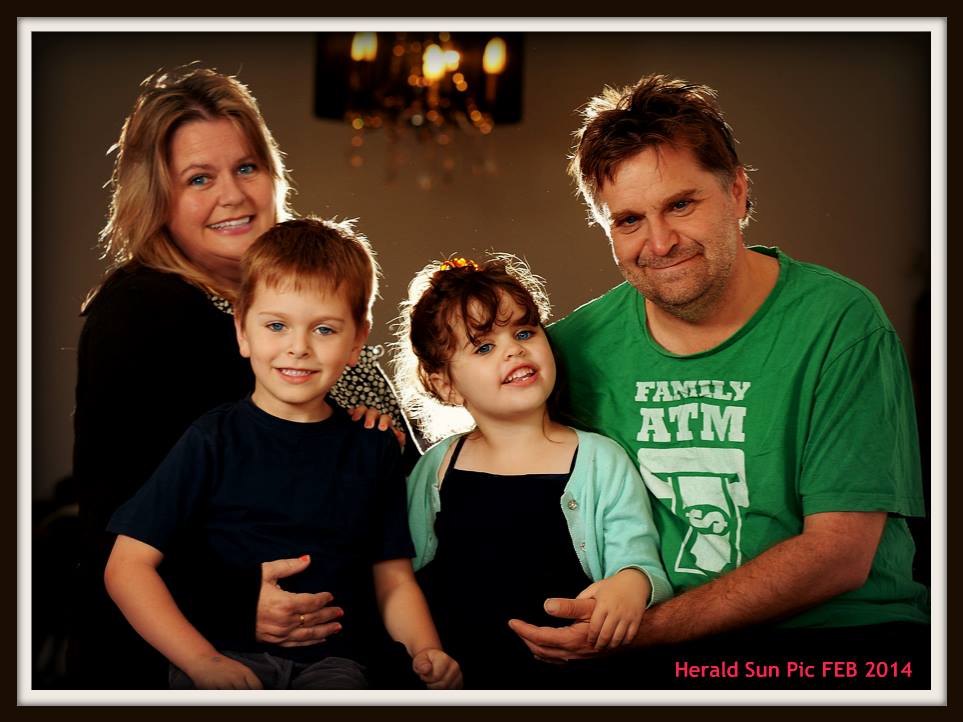 In for a penny in for a pound

Both of our children are IVF, in fact they are from the same batch, and sometimes I joke that they could be twins. Liam and Rosie are just over a year apart, Liam being older.

Tom and I met online in 2004 and married in 2005, and to be honest, we have always been a pretty happy couple, and still are. Tom is the complete opposite to me in so many ways, and we have very few interests in common.

I love to work, I’m a half glass full person, I want to make change, be different and have fun. Tom is absent minded at least 50% of the day. He is focused on his own hobbies more than anything in life, he hates to work, doesn’t like anything doing anything that doesn’t somehow personally benefit him, he is relatively pessimistic about most things, he doesn’t like change and he loves routines.

The one thing Tom and I have in common is our love for our kids (and pets) and we are both “home bodies”, we like to be at home. And these few things have bonded us almost unbreakably.

Tom was diagnosed Aspergers soon after Liam was born. Long story short –  Tom become very unbearable after Liam was born, to the point I was going to throw him out. Having Liam around changed him. The psych tells us Liam’s presence challenged Tom uniquely because his is Aspergers. Typical Aspergers traits include not liking change, wanting things to revolve around your life and enjoying a life that focuses on his interests. Having a child (Liam) changed all that for Tom. So he became a complete pain in the bum for me, and he was very unhelpful. In fact, he became my second child, and I really couldn’t understand it at all. I wanted help with our son, not another child (the size of an adult)!

So one day I said “get help or get out” – he got help. It took six months but we got a diagnosis of Aspergers, Tom got appropriate counselling and the rest is history.

Liam was a great baby, almost unfaultable. He did have issues with his eyesight for the first few years, he didn’t really seem to start to see things until about age 3, he also hated being away from me and Tom (like childcare). Liam is a kind, thoughtful, deep thinker who loves blocks, building and filmaking.

I remember the first time we took him to childcare for the day, he would have only been about one, and I was probably already pregnant with Rosie and wanted some rest. I took him in and sat with him, he started to cry. I reassured him it was fine and I was in no rush to leave. Soon another young girl came in with her daddy and he handed her to the staff member, and the little girl started to cry (her name was Summer – which is the name of our beautiful dog now). Anyway, when Liam saw this little girl crying, he was barely walking himself, but he got off my lap, took his trusty green blanky and walked up and gave it to Summer. Summer stopped crying. This is pretty much the type of person Liam is. He is gentle by nature, and because he has an autistic sister he doesn’t play rough with the boys and this can make him quite touchy about being pushed by others at school.

Oblivious to the obvious

Soon after Liam turned one, his sister arrived on the scene, Rosie.

Rosie was not like Liam, she was not an easy baby. She cried at the drop of a hat, she was very difficult to make content. She required a lot more of attention and she had a bad skin condition eczema and we had to bandage her hands to stop her scratching her face till it bled!

The day we bought Rosie home from the hospital we put her in her cot to sleep, which was in our bedroom – Liam slept in the other bedroom of our small unit. Tom and I were in the lounge talking when we started to hear the slight tapping on a wall and we couldn’t work out what that would be. So we investigated, and we found Liam had taken our tennis racket out of the cupboard and was tapping it on Rosie’s cot telling her to leave.

That was pretty much the baseline for Liam ever since she arrived. I have always said that Liam would have been thrilled to be an only child. Later when he too was diagnosed as Aspergers it made more sense!

Despite Liam’s hero welcome for Rosie she eventually became an easier child, but developmentally she was slower than Liam.

It was around 2.5yrs when the council health nurse said we should investigate why she wasn’t talking more. We honestly hadn’t given it a second thought, we just thought she was a bit slower than others.

It didn’t take long and we had the formal diagnosis. When we went to see our paediatrician Dr Robyn, she diagnosed Rosie within 5 minutes – she just knew. We couldn’t see it, but Dr Robyn could see immediately. I guess it takes a trained eye.

The first challenge was walking, she was very late to walk, then speech – well we still don’t really have much speech. We have words tho, which is better than nothing. We started to notice the humming noises she made, the erratic swirling, even some stemming, gradually it became more and more obvious.

So then it became more of a matter of how bad was she? and will she get better? if so, how much better?

But no one ever has those answers. Least of all us, and we also go conflicting advice from time to time, so we would take all that stuff with a grain of salt too.

She is now in Grade one, but still in nappies, this causes us a lot of stress, but she simply does not seem interested in using the toilet.

So that is our journey so far, and it is an ongoing journey. A journey we really do love for what it is – ours.